A Moratorium On The Word Biblical? 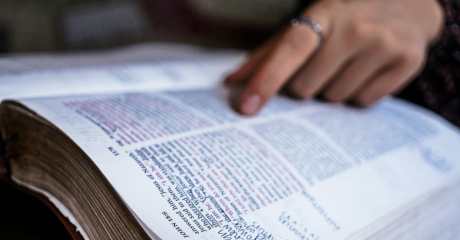 For anyone to claim their interpretation as the biblical view, as though their understanding is what the Bible teaches in toto is too much of a claim. Perhaps the interpretation is fairly consistent with certain teaching in scripture but it may also be that the biblical view, even the so-called “biblical worldview” is absorbed in another worldview. Plus, while the Bible tells a complete and coherent story from Genesis to Revelation, the Bible is a collection of sixty-six writings. These writings, which constitute different genres, span several covenants within particular historical periods and were originally written to different people in a variety of different circumstances. As a result, the Bible is hardly monolithic and at times is likely to express several different views on any given subject.

Also, maybe it’s just me but sometimes it seems that using the adjective biblical is just a way of shutting down consideration of other viewpoints. It works similar to when people say “if you disagree with me on ____ then your argument isn’t with me, it’s with God.” There’s another theological term for this called Hogwash. It’s hogwash because it is entirely possible for sincere followers of Jesus to read the Bible and draw different conclusions about what the Bible says regarding a slew of different issues. In fact, some of these conclusions may even be the result of putting the cart before the horse in what amounts to eisegesis rather than exegesis. As Christian Smith said, “far from scripture functioning as an independent authority guiding the lives of believers, the Bible is often used by its readers in various ways to help legitimate and maintain the commitments and assumptions that they already hold before coming to the biblical text” (cf. The Bible Made Impossible, 75). So for anyone to claim their understanding as the biblical view of… may in fact be rather audacious and presumptuous.

Anyway, I’m saying all this to say that maybe it’s time we place a moratorium on using the adjective biblical when expressing our understanding of scripture. Instead, let’s just say that as followers of Jesus who take the Bible seriously, this is how we understand whatever issue we are talking about.

Update: I’m speaking with hyperbole when I suggest placing a moratorium on the word biblical but I’m doing so for a reason. This adjective is used so frequently that it is almost meaningless (again, I highly recommend Smith’s book “The Bible Made Impossible”). Also, the Bible doesn’t always present a monolithic view on some subjects (e.g., manhood/womanhood, divorce, etc…), so the question isn’t what is the biblical view but which biblical view. This is why I suggest moratorium, which is always temporary, so that Christians might better learn to speak about the Bible and in some cases, not use that adjective as a way of stifling any further conversation.

2 responses to “A Moratorium On The Word Biblical?”