Discipleship and The Local Church

Anyone that’s read the four canonical gospels knows that when Jesus began his public ministry, he also began calling people to follow him. This is where most conversations about Christian discipleship begin. As the conversation goes, most church leaders are aware that making and forming disciples of Christ is a challenge, to varying degrees, among churches in America. 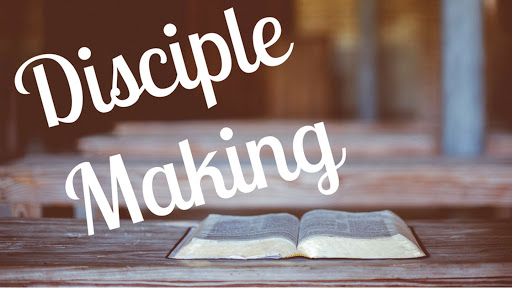 Seeing the lack of discipleship has resulted in a renewed focus on making disciples, that is, forming people to live as followers of Jesus. This is a good thing. However, many times when a problem is recognized, attempts at correcting tend to swing the pendulum too far and in this case I wonder if the pendulum is swinging too far in focusing on making disciples.

The renewed focus on making disciples seems to imply that every disciple should make disciples. For example, David L. Watson and Paul D. Watson say in their book Contageous Disciple Making, “Making disciples is about having a relationship with Christ that results in a lifestyle of obedience to Christ commands, which requires disciples to make more disciples” (p. 48). Or Jeff Vanderstelt writes in his book Saturate, “Life on mission is not just about being disciples, but also making disciples who make disciples—and that can be learned only while on Jesus’s mission” (Kindle ed., L. 1477).

I agree that to be a Christian is to be a disciple, one who follows Jesus and obeys his teaching and that includes the teaching of scripture. That is the kind of relationship all Christians are to have with Jesus. But does that mean that all disciples will be people who make disciples?

Perhaps we need to better define what it means for disciples to be making disciples first. Francis Chan does write in his book Letters to the Church, “We want everyone trained to make disciples. No one should come as a consumer, but we need everyone to come as a servant using his or her gifts to build up the body” p. 176). If we are talking about an entire community of disciples (a local church) serving together as the Spirit has empowered each person, using their specific gifts and talents, then I agree and I think the apostle Paul would certainly agree as well (cf. Rom 12:5-8; 1 Cor 12:4-11; Eph 4:11-13). However, that’s not always clear. The quotes I shared above from Watson and Watson as well as Vaderstelt are somewhat vague. Do they mean disciples working together as a community making disciples or each individual disciples making another disciple?

I’m raising this issue because in a lot of conversation I encounter and even sometimes participate in, there are some who seem to believe true discipleship means ever single disciple is discipling another person in a one-to-one relationship. But that is just not the picture that emerges in the New Testament. In scripture the emphasis appears to be on the local church, as a corporate community, faithfully embodying the gospel.

Take for example Romans. In this letter the apostle Paul describes his appointment as an apostle “to bring all Gentiles to faithful obedience for his name’s sake” (1:5). Towards the end of the letter Paul says in 15:15-16:

Nevertheless on some points I have written to you rather boldly by way of reminder, because of the grace given me by God to be a minister of Christ Jesus to the Gentiles in the priestly service of the gospel of God, so that the offering of the Gentiles may be acceptable, sanctified by the Holy Spirit. (NRSV)

Then at the end of Romans Paul reminds the church again that the gospel he proclaims is to result in their “faithful obedience” (16:26).

If you’ve read this far then please know that I am not against making disciples. I am one who does believe discipleship, or the lack of, among Christianity in America is a problem. I just don’t see the way some tend to emphasize disciple making today as the focus in scripture. Instead, the focus seems to be on the faith formation of church so that the church, as we see in Romans, lives as a holy people unto God. Ideally, such a church will also be making disciples of the seekers, leading them into a relationship with Jesus that results in obedience to the teachings of Jesus. Then, as repentant believers who have been baptized into Christ, they too contribute to the churches participation in the mission of God as they learn to serve using their Spiritual gifts. So maybe instead of focusing on cultivating a disciple-making culture among our churches, we should just focus on the formation of faith in our churches and trust that as Christ is formed in our churches (cf. Gal 4:19) then the local body will function as her head, Christ himself, intends and organically make disciples.

Lastly, consider this blog entry as a thinking-out-loud con, something to consider but something that could undergo further nuance. What are your thoughts?

11 responses to “Discipleship and The Local Church”