Reading The Bible as Followers of Jesus 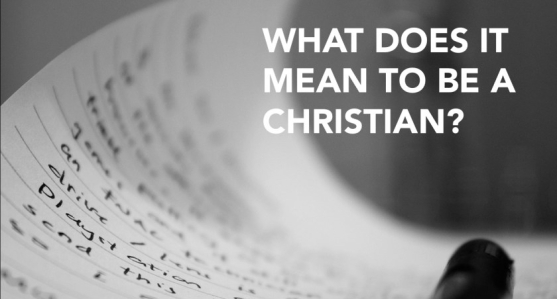 Anyhow, most people with even a vague familiarity of Christianity understand that being Christian has something to do with following Jesus. That’s correct too. According to all four of the canonical Gospels in the Bible, Jesus begins his public ministry in the Galilean region. In The Gospel According to Mark, Jesus begins his ministry with a summons. “Now is the time! Here comes God’s kingdom! Change your hearts and lives, and trust this good news” (1:15). Then he spots two men, Simon and Andrew, fishing and says “Come, follow me… and I’ll show you how to fish for people” (1:17).

This summons is our calling too. We’re called to repent and believe the good news of God’s coming kingdom and follow Jesus in living out this kingdom life. That’s what participation in the mission of God is and I can’t think of any Christian off hand that would disagree with me at this point. If you do, then you’re wrong but I digress. What I’m getting at is that instinctively I think we all understand that being Christians and being a local church is about Jesus and the kingdom of God. We may not understand everything that implies but we know this life we are called to live is about following Jesus in living the kingdom life.

Because we believe that living as a Christian is about following Jesus, it seems that this fundamental conviction should shape the way we read the Bible too. That is, if we’re called to follow Jesus then we ought to be reading the Bible in order to live as followers of Jesus. However, that’s not always been the case.

Growing up in the Churches of Christ, the Bible was read as an instruction manual for restoring the ecclesiological pattern of the first-century church in the New Testament. This hermeneutic resulted in a de facto creed producing sectarianism, legalism, and division by marking of a boundary of who was a true Christian based on this ecclesiological pattern. Such Christianity was about boundaries, who’s in and who’s not. If you kept this creed, you were considered a Christian and still live a life that reflected very little, if any, of the life that Jesus. Just uphold the right doctrines regarding baptism, the Lord’s supper, singing in worship, women in the church, church leadership, non-denominationalism, and the list goes on and on. But becoming more merciful like Jesus, living a self-sacrificial life like Jesus, and all the other characteristics of Jesus’ life was never a part of this system.

I could share stories upon stories to illustrate this point but I think most readers familiar with this tribe understand what I’m talking about. Also, this is not to say that there were not any Christians among the “CofC” tribe who were not striving to become more like Jesus. I could also share stories upon stories of such Christians striving to live like Jesus. My point is that discipleship was more about staying within the boundary than will following Jesus in such a manner that our life reflected more and more of the Jesus we read about in scripture. And that’s because we weren’t reading the Bible to follow Jesus, we were reading it to follow an assumed ecclesiological pattern.

The fact that Jesus summons to follow him after proclaiming the good news of God’s kingdom is significant. Without getting too technical at this point, it tells us that our eyes and ears are to be focused on Jesus as we learn how to embody the kingdom that Jesus is ushering in. So as for reading the Bible, we are given a new hermeneutical lens that is Christ-Centered and Kingdom-Oriented. We are now reading scripture to understand how it reveals the mission of God to us that is fulfilled by Jesus. Our eyes and ears are tuned to the way of Christ (Christ-Centered) so that our life together as a church is joined with God’s goal or aim in Christ or restoring his kingdom (Kingdom-Oriented) upon earth as it is in heaven.

This is how we participate in the mission of God who is bringing about redemption, reconciliation, and restoration to his creation, making all things new—new creation in Christ. We do this as people who are filled with the Holy Spirit not always trying to repeat what other Christians have done, either in the first-century, the sixteenth century, or even other “successful” churches today. Instead we do this by gathering as local churches who are engaged in worship and fellowship with each other as we are engaged in prayer and absorbed in the biblical narrative told throughout the Old and New Testament scriptures. At the same time, we must be engaged in our local community as listeners who observe and partner with the people of the community. Then we are poised to discern together how God is calling us to partner with him in his mission, which is what reading the Bible from a Christ-Centered and Kingdom-Oriented lens is all about.

2 responses to “Reading The Bible as Followers of Jesus”